Since being elected in 2003, the McGuinty government has made smaller class sizes a priority in their education policy, and has even produced a “Class-Size Tracker” to monitor the province’s progress, stating that “students in smaller classes get more attention, do better and are more likely to succeed in high school and beyond.” 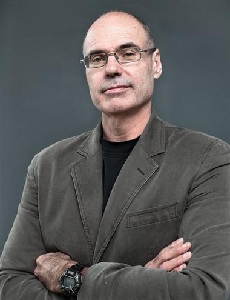 This February, ahead of the Ontario spring budget, economist Don Drummond released the so-called “Drummond report,” commissioned by the province to provide tough medicine to tackle Ontario’s mounting financial crisis.

Chapter 6 of the Drummond report, on Elementary and Secondary Education, devotes a whole section to class sizes. It disputes the benefits of small classes, claiming that results of class-size studies have been mixed, and concluding that “small class sizes are not a key determinant of educational outcomes.” Quality of teaching is cited as an example of a more important determinant. While the report acknowledges that education has improved along with the province’s commitment to smaller classes, it dismisses this as a mere coincidence: “While … recent improvements on provincial assessments and quality indicators have coincided with the government’s efforts to reduce class sizes, there is no evidence of causality.” 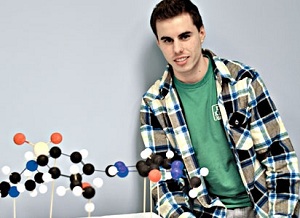 Don Drummond may claim that class size makes no difference, but students at Don Valley Academy disagree. “It makes a big difference,” says Sandy Dief, a grade 12 student who plans to pursue university studies in medical or life sciences. “It’s a better connection with the teacher. You can ask as many questions as you want, and you can focus better.”

“For sure,” Seamus Fennessey agrees. Fennessey has finished a commerce degree at Dalhousie, but needs to get grade-12 science credits to apply to an engineering programme. “You feel more comfortable interrupting the teacher to clarify a concept. You get more individual attention and more time to ask personal questions. In a class of thirty, you feel like you’re holding too many people up.”

When Ontario finance minister Dwight Duncan released the 2012 budget last month, he claimed in his budget speech to be taking a middle road – aiming to “balance the budget in 2017–18,” while protecting education as “the best possible investment we can make in [our children’s] future.”

The budget is receiving mixed reviews. While fiscal conservative critics such as Hugh MacIntyre complain that Duncan’s 2012 budget contains “little substantive change from the plan of the previous budget,” the McGuinty Liberals, two votes short of a majority, still have concessions to make to the NDP if they want the budget to pass. Andrea Horwath’s list of demands includes a new tax on people making over $500 K, tax credits for job creation, and an HST tax break on home heating bills.

Despite the province’s commitment to protect education, there are definitely education cutbacks coming. The Toronto District School Board (TDSB) is currently wrestling with a $109-million shortfall. Last week, in a “special meeting,” the TDSB voted “to eliminate 200 high-school teaching positions, 134 school office staff and 17 elementary vice-principals.”

Since these TDSB cutbacks are being designed in harmony with the Ontario government’s plan to maintain current caps on class sizes and to go ahead with all-day kindergarten, they entail what the National Post calls “paradoxical” new hiring: “Staff recommended getting rid of 200 secondary school teachers, more than 100 elementary teachers focused on reading and numeracy, 40 vice-principals, 430 educational assistants and 130 office staff. Paradoxically, they suggested hiring 320 elementary teachers and 400 early childhood educators and lunchroom supervisors, all to deal with a boom of 400 all-day kindergarten classes.”

Secondary school students stand to lose out both from overall spending cutbacks and from the new allocation of resources to kindergarten classes.

The Debate Goes On

As the class-size debate rages on, and as education researchers fail to find solid empirical evidence of the benefit of smaller class sizes, Ontario may yet resort to larger classes to respond to the looming financial crisis in the public education system.

One thing is sure: at private schools like Don Valley Academy, with class sizes far below the caps promised by the province, small-group teaching makes a difference that students appreciate.