Home
About Us
Our Faculty

The quality of our education is a result of our experienced and professional faculty.

Andrew is an avid hockey and baseball fan. He loves to travel and enjoys playing the drums. Andrew enjoys the atmosphere at Don Valley Academy. He feels that he and his co-workers work well together and get along so well that it contributes to a positive environment for all, including the students. If there is one thing that his students look forward to when it comes to a test, it’s the corny math joke that he always shares with them. 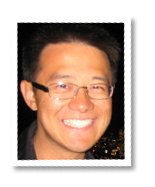 Calvin holds a Specialist degree in Mathematics and a Major in Statistics from the University of Toronto. He is a recent graduate of the Bachelor of Education program at Nipissing University. Prior to joining the staff at Don Valley Academy, Calvin spent a year teaching high school mathematics in England.

Calvin believes that “no stress should be involved in learning and that math is only fun when understood. This can be done by laying a strong cornerstone in the fundamentals from which more sophisticated and challenging concepts can be developed.”

In his spare time, Calvin can be found on a tennis or basketball court. 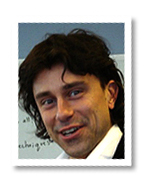 Ryan graduated from Queen’s University with a degree in Economics. His weekend job as a coach/instructor for adolescents, learning and improving their skills for snowboarding and mountain biking, made him realize his desire to become an educator. So, he went on to complete a degree in Education at Daemen College in New York State.

Ryan taught in Port Hope for several years before taking the position at Don Valley Academy. The cultural diversity and high calibre of academic achievement were intriguing to him and this brought him to Toronto. The sense of community at DVA is created from the low student-to-teacher ratio, and Ryan excels in these types of environments. He has the ability to make students feel comfortable and instil motivation in them for success. While in teachers’ college, he realized that students learn in a variety of ways: visually, through audio, and even kinesthetically. 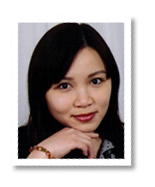 Marcelas graduated from the University of Toronto with an Honours Bachelor of Science degree, followed by a Bachelor of Education degree with Biology and Chemistry as her teachable subjects. She is also a certified E.S.L. teacher. Marcelas went on to complete her Master of Arts degree in Counselling Psychology, and currently works both as a teacher and career counsellor at Don Valley Academy. Teaching at Don Valley Academy enables her to familiarize herself better with her students, due to smaller class sizes, and provide them with the utmost personalized support.

In addition to teaching, she has developed communication presentations on improving relationships between parents and adolescents, and has presented the information at Toronto and New York high schools. She has a love for travelling and music and is also a certified studio recording engineer. 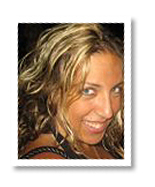 What she loves most about teaching at Don Valley Academy is the school’s commitment to community. She feels that this is most evident in our philosophy of partnering with colleagues and parents, to ensure that our students benefit from their educational experience at Don Valley Academy.

In her spare time, Georgia is a dance instructor and choreographer. 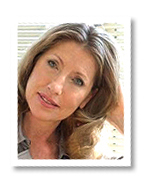 Trisha Smith is a Senior English, History, and Philosophy teacher and has a French Core teaching background. She graduated with a Political Science degree at York University and an English Literature degree from University of Toronto, after having previously completed a degree in the Visual Arts. She completed teacher’s college at York University.

Trisha’s long affiliations in the educational field have been multi-faceted: illustrations in educational books, writing articles, and creating exhibits of students’ work, on an international level, in furthering education. Writing and art is her passion. In this light, Ms. Smith’s forte is the craft of essay writing.

Trisha is a member of the Canadian Authors Association and is an active fundraiser for Sick Kids and the Heart and Stroke. 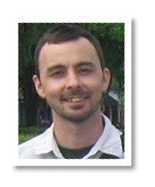 Marcus is a third-generation teacher who has has been teaching at Don Valley Academy and tutoring at Math Masters since 2002.

He has an Honours B.Sc. from University of Guelph with a double major in Mathematics and Philosophy. During his undergraduate studies, he wrote the Putnam Mathematics Contest and placed in the top 500 contestants in North America. Marcus also completed one year of an M.A. in Theory, Culture and Politics at Trent University (where he was a Philosophy 100 seminar leader) before taking his first high school teaching position.

In his spare time, Marcus rides his bike and plays chess.